Who should the children live with and how much contact should each parent have?

Who should the children live with and how much contact should each parent have?

It is sometimes difficult to agree following separation as to how and where the children should live and how much time each parent should spend with their children. There are only 7 days in a week and when parents separate, both go from spending every day with their children to seeing them less which is probably the most difficult aspect of separation.

It is always better for both parents to agree without the need for the Court’s intervention, but where all avenues such as mediation or collaborative Law have been exhausted, determining the issue of how much time each parent should have with a child is matter for the Court. Under Section 8 of the Children Act 1989 the Court has the power to make a ‘Child Arrangements Order’. This is a new single order introduced in April 2014 replacing what were previously known as a ‘contact order’ and ‘residence order’. A Child Arrangements Order can determine who and when a child is to live, spend time or otherwise have contact with a parent.

The most important consideration of the Court is the welfare of the Children and this is considered above all else.

Traditionally, courts have tended to favour children living with the mother as it was usually the case that the mothers assumed the role of the ‘primary carer’ and fathers were seen as the ‘breadwinners’. In modern society the roles of parents are not so clearly defined and consequently the courts have had to change to accommodate the changing landscape.

The courts now tend to look at the current ‘status quo’ when they are asked as to where the children should live. The courts loathe disrupting the children any more than has already been done by the separation itself and if there is evidence that the children are settled, the courts are anxious to ensure that this is not disrupted.  How much contact the ‘non-resident’ parent should have entirely depends upon the circumstances and there is no ‘one size fits all’ answer.

The courts have traditionally favoured an approach where one parent is the primary carer and the other is the ‘non-resident’ parent who will inevitable spend less time with the children. There has been a shift in this approach in recent years where there is no longer such a presumption and the courts are more willing for children to spend roughly equal time with each parent. The Court can make an order for ‘shared care’ of the children, even where the division of time between the two is not exactly down the middle. In any decision of the court it must be stressed that it is always the welfare of the child that will be of paramount consideration and not the wishes and feelings of the parents. 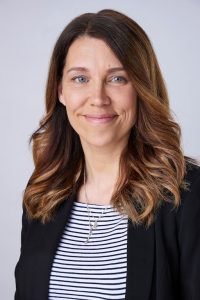 What can Solicitors do to help? Domestic Violence is more prevalent than people think. There are two types of injunctions that can be obtained from […]