What can Solicitors do to help?

What can Solicitors do to help?

Domestic Violence is more prevalent than people think. There are two types of injunctions that can be obtained from the Court.

The first is a ‘non-molestation order’ meaning an order preventing the perpetrator from causing or threatening to use violence against the victim or the victim’s children, or intimidating, harassing or pestering them or instructing anyone else to do so. Breach of a non-molestation order triggers an automatic power of arrest and is a criminal offence punishable with up to 5 years imprisonment or as a contempt of court.

In order to apply for a non-molestation or occupation order the ‘application’ (i.e. the person who applies for the order) and the ‘respondent’ (i.e. the person who is alleged to have committed the domestic violence) must be an ‘associated person’. This means that they must fall under either one or more of the following categories:

•They must have been married to each other,

•They must have been in a civil partnership with each other,

•The must be related,

•They must have formally agreed to marry or enter into a civil partnership (even if   that   agreement has now ended).

• They must have a child or children together

• If not living together they must be in an “intimate relationship of significant duration”.

•They must both be involved in the same family proceedings (e.g. divorce or child contact).

A person who applies for a non-molestation order must prove to the court that there is a genuine need for protection.  The court will consider all the circumstances of the case including the need to secure the health, safety and wellbeing of the applicant and any children of the family.

In applying for an occupation order the court will apply the ‘balance of harm test’ which is a consideration of the harm caused to the applicant, respondent and any children if the order were or were not to be made. The court will also look at other factors such as housing needs and financial resources, the likely effect of an order or lack thereof on the parties and the court will also consider the parties dealings and conduct towards one another.

The court can make an order without the respondent knowing about called an ‘ex parte’ order but only if there is a risk of the following:

•             there is a risk that respondent would evade service if he knew about the application, or

This will be made upon the condition that the matter is listed for another hearing within days to ensure that the respondent has a chance to reply but will afford the applicant and any children with protection in the meantime. Non-molestation orders and occupation orders are time limited to normally 6 to 12 months, but which can be extended in appropriate situations.

Sometimes these matters can be resolved by the respondent providing an ‘undertaking’ to the court i.e. a solemn promise not to commit acts of violence, threaten, harass or pester or go to the home or surrounding areas.  This is only appropriate where both the applicant and the respondent agree to dispose of the case in this way. An undertaking is again time limited. It is not an admission of guilt and whilst a person can be committed to prison for breach of an undertaking, it does not carry an automatic power of arrest and a power of arrest cannot be attached to it. 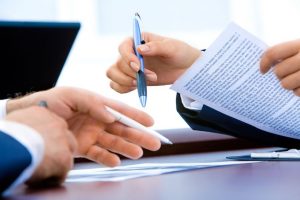